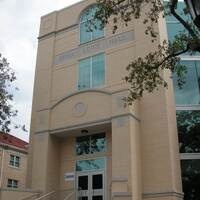 Erma Lowe Hall is the home of the School for Classical & Contemporary Dance. Originally built as a gymnasium in 1921, the facility was adapted for the ballet department in 1973. TCU was the first major university to offer a bachelor's degree in ballet, and from this school emerged the founders of the Fort Worth Ballet. Formerly the Ballet and Modern Dance Building, it was renamed in September 2010 in honor of the late Erma Lowe, a dedicated volunteer, philanthropist and TCU Trustee. The building was recently renovated and re-opened in August 2011.

I really enjoyed this and will attend again

awesome concert my fellow classmate Liam Evan did an outstanding performance in at least two selections in act I choreographed by Keith Saunders. and Pes DE Six and Excerpts From Napoli Act III .He moved devinely

The dancers were shining like stars in the midnight sky. I expect to see some go to Broadway and other to become famous actors and artist. The dancers pivoted and twisted and turned with attitudes spins and solos all done in eloquence.