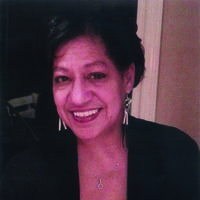 Renowned American ballerina Debra Austin will lead students, faculty and community members through a curated program during the five-day residency featuring master classes, community events, a special Q&A that is free and open to the public, as well as cross-departmental collaborations and workshops.

Austin’s residency is made possible by the Cecil H. and Ida Green Honors Chair program at TCU, which brings scholars and artists of national and international stature to the campus for short residencies. Austin was chosen for this invitation for her exemplary career and her dedication to passing her experiences to the next generations of dancers.

School for Classical & Contemporary Dance Assistant Professor Keith Saunders worked with Austin at Dance Theatre of Harlem before coming to TCU. When asked about the importance of Austin’s presence at TCU, Saunders said, “It’s a tremendous opportunity for our students, the SCCDance, and the dance community of this region to interact in multiple ways with a ballerina of the highest rank. I know from first-hand experience that Ms. Austin is a passionate teacher and advocate for ballet who loves to share her knowledge and experience with anyone eager to learn.”

According to Director of the School for Classical & Contemporary Dance Elizabeth Gillaspy, TCU became the first school in the nation to offer a BFA in Ballet in 1949. Ms. Austin’s visit is a continuation of and an enhancement to the rich history of dance at TCU. When asked about the programming, Gillaspy said, “Central to the mission of this Green Honors Chair program are the multiple opportunities for direct impact for our students and our field through the interactions with a guest of Ms. Austin’s stature. We are thrilled to bring her to TCU.”

BIOGRAPHY
Debra Austin received a scholarship to the School of American Ballet in New York City at the age of 12. Four years later she was handpicked by George Balanchine to join New York City Ballet. While at New York City Ballet, Ms. Austin danced many principal roles by both Balanchine and Jerome Robbins, one of which, Ballo della Regina, was filmed for a PBS television special, “Live from Lincoln Center.” She later joined the Zurich Ballet in Switzerland as a soloist where she danced principal roles in works by all of the major European choreographers and toured with the company throughout Europe.

After her return to the United States, Ms. Austin was invited to join Pennsylvania Ballet as a principal dancer. There she danced principal roles in Swan Lake, Coppelia, A Midsummer Night’s Dream, Giselle and La Sylphide and ballets choreographed by artistic director Robert Weiss and George Balanchine. In Philadelphia she performed with Rudolph Nureyev and Suzanne Farrell in a gala performance of Balanchine’s Apollo.

Ms. Austin came to Raleigh with her husband, Marin Boieru, in 1998 to join the new Carolina Ballet as a Ballet Master. She has recently been invited to be a guest teacher at the Dance Theatre of Harlem for the company and the school; and she is a guest teacher at Duke University.

She serves on the Diversity Committee at the School of American Ballet. Ms. Austin and her husband were featured artists for the United States Council “Guess Who’s Coming to Dinner” fund raising event. She received The Links Emerald Award of Excellence honoring the excellence of North Carolina women; and she was recently honored at the North Carolina History Museum. Ms. Austin and Mr. Boieru have two daughters