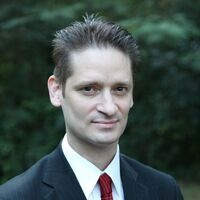 Going by statistical measures, Japan routinely ranks as one of the world’s least religious countries, where as few as one in ten survey respondents self-identify as having religious faith. It is therefore striking to note the profound influence on Japanese politics wielded by religions and religion-inspired ideologues. A wide range of religious actors are now formulating educational curricula, social policies, and defense postures which are promoted by Prime Minister Abe Shinzō and his governing coalition. So profound is religious influence on the coalition that one cannot understand Japanese politics without understanding its religious dimensions. In this talk, McLaughlin will draw on his ethnographic research on Shinto-, Buddhism- and otherwise religiously aligned participants within Nippon Kaigi (Japan Conference), as well as his work within the Buddhist lay organization Soka Gakkai and its affiliated party Komeito, to bring to life ways religion guides Japanese policymaking. His ethnography reveals shifts within Japan’s religious institutions that are transforming elections and efforts toward constitutional revision. This research illuminates the complex lives of nationalist ideologues, and those who oppose them, as it suggests ways we should understand the category “religion” in light of politics in Japan today.