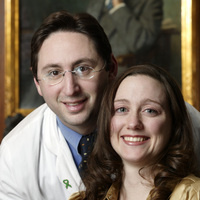 Abstract: In some areas of the U.S., the sickest liver transplant candidates have an 82% chance of dying; in others, a 14% chance of dying, because of extreme disparities in the availability of livers for transplant. Organs are shared within a hierarchy of 50 small donor service areas grouped into 11 regions, and these areas have very different ratios of eligible liver donors to liver transplant candidates. We designed novel regions for liver allocation by partitioning the set of donor service areas according to an integer program redistricting model. Our work directly addressed the paramount clinical and ethical concern about geographic equity in transplantation.  We validated our redistricted maps using the clinically detailed Liver Simulated Allocation Model that is the gold standard for testing allocation policy proposals, to compensate for the necessarily simplified and aggregated picture of liver allocation in an integer program. Trying to implement this solution led to an intense battle over the scarce livers that has had a number of twists and turns, and I will discuss a web of related studies our research group has undertaken to support the movement towards transplant equity.