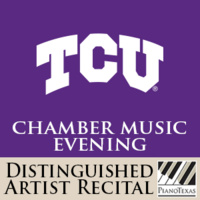 During every PianoTexas, the TCU faculty is presented in a concert featuring the theme of the festival. Now established as a tradition, the challenge is always to find works that are both well know and rarely heard. So, the concerts represents Bizet, Duparc and Fauré together with Debussy and Ravel. Come and hear music that has so many different colors and emotions. Each of us bring different perspectives how we feel about “French Impressions”. Featuring performances by Harold Martina and Tamás Ungár, as a piano duet; James D. Rodriguez, baritone with Michel Bukhman, piano in French songs; and Michael Shih, violin, Christopher Adkins, cello and John Owings, piano performing the inimitable Ravel Trio.