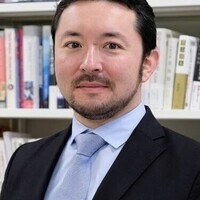 Why Did Abe Fail to Change the Japanese Constitution?

Shinzo Abe, Prime Minister of Japan from 2012 until September this year, made amending the Constitution of Japan (COJ) one of his main political goals. Despite being the longest serving PM in Japanese history, he ultimately failed to revise the COJ during his tenure. This presentation explores the reasons why government leaders--even those with stable majorities--can fail to achieve their political priorities, using evidence from surveys of political elites and citizens. First, Abe's inability to mobilize bipartisan legislative support made voters, particularly independents, suspect the motives for and consequences of constitutional amendment. Second, voter apprehension made legislators from within Abe's Liberal Democratic Party uneasy about the negative electoral consequences of pushing the issue. Surveys of LDP politicians show that virtually all agreed with constitutional amendments, but almost none saw it as a priority. The presentation concludes with a discussion about the prospects of constitutional revision in Japan in the post-Abe era.

Kenneth Mori McElwain is Professor of Comparative Politics at the Institute of Social Science, University of Tokyo. His research focuses on comparative political institutions, most recently on differences in constitutional content across countries. He received his BA from Princeton University and PhD in political science from Stanford University, and previously taught at the University of Michigan, before moving to his current post in 2015. His work has been published in a number of journals and edited volumes, including American Journal of Political Science, Journal of East Asian Studies, Social Science Japan, Chuō Kōron, and the Journal of Japanese Studies.  He was the co-editor of Political Change in Japan: Electoral Behavior, Party Realignment, and the Koizumi Reforms, APARC/Brookings Institutions Press.

Email michael.strausz@tcu.edu to get the Zoom link.