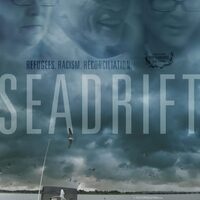 Join us for the online screening followed by an interactive conversation with Vietnamese American studies Professor Thao Ha.

Description: Three decades ago, Seadrift, Texas, became the focus of national attention following the outbreak of racial conflict when refugees of the Vietnam War resettled in the coastal town. After a Vietnamese American fisherman shot and killed a white rival, a jury acquitted him for acting in self-defense. What began as a dispute over fishing territory erupted into violence, a maelstrom of boat burnings, and a campaign by the KKK to drive Vietnamese Americans out of the small town. How does a community recover and heal after such a deep and violent rift? “Seadrift” examines this turbulent yet little-seen chapter of American history, and explores its consequences that continue to reverberate today. More info at: http://seadriftfilm.com

Thao Ha is associate producer of Seadrift and professor of Sociology at MiraCosta College. She earned a doctorate in Sociology from the University of Texas at Austin and has published in the areas of immigration and Vietnamese Americans in the South.