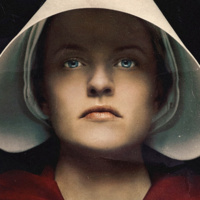 Dorothy Fortenberry is a screenwriter for the critically-acclaimed, Emmy, Golden Globe and Peabody Award-winning series “The Handmaid’s Tale,” based on Margaret Atwood’s groundbreaking novel. Her plays include Partners, Mommune, Caitlin and the Swan, Good Egg, and the play with music Status Update.

Dorothy’s work has been developed at Arena Stage, Ars Nova, Geva Theatre, and Oregon Shakespeare Festival, among others, and produced by Center Rep, Chalk Rep, Live Wire, Red Fern Theatre, and The Management. She is a winner of the 2011 Helen Merrill Award for Emerging Playwrights, and a two-time Finalist for the O’Neill Conference (for her plays Status Update and Mommune). Residencies include the MacDowell Colony, the Djerassi Program, the Sewanee Writers’ Conference, and Page 73. Dorothy is a member of the Playwrights Union, a founding company member of Tilted Field, and in the 2013 Warner Bros. Television Writers Workshop.  She received an EST/Sloan commission and is currently working on a  commission from Yale Rep. MFA, Yale School of Drama.