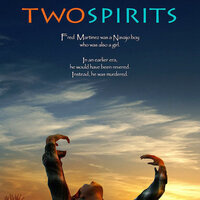 Fred Martinez was nádleehí, a male-bodied person with a feminine nature, a special gift according to his ancient Navajo culture. But the place where two discriminations meet is a dangerous place to live, and Fred became one of the youngest hate-crime victims in modern history when he was brutally murdered at sixteen.

In advance of the Native American and Indigenous Peoples Day Symposium on October 4th, join the Department of Women & Gender Studies for a screening of this powerful film and a discussion about gender, violence, and Missing and Murdered Indigenous Women, Girls, and Two-Spirit People.

This event will be facilitated by Dr. Randa Tawil and Dr. Nino Testa.