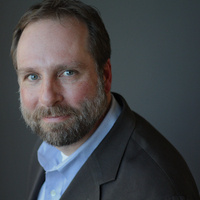 Was the Opium War Destined to Happen?

Stephen R. Platt is a historian of modern China. He is a professor at the University of Massachusetts-Amherst and holds a PhD in history from Yale University, where his dissertation won the Theron Rockwell Field Prize. A fellow of the National Committee on US-China Relations' Public Intellectuals Program, he seeks to engage the wider public in deeper issues of China's history and its relations with the West. His newest book is Imperial Twilight (Knopf, 2018), a history of the long-term origins of the Opium War. His previous books include Provincial Patriots: The Hunanese and Modern China (Harvard University Press, 2007), and Autumn in the Heavenly Kingdom (Knopf, 2012), which was a Washington Post notable book, a New York Times Book Review editors’ choice, and won the 2012 Cundill History Prize.